“Just the preparation required to present at such a large event is beneficial to all participants,” he said. “Winning recognition plus a monetary award adds some to the overall experience.” 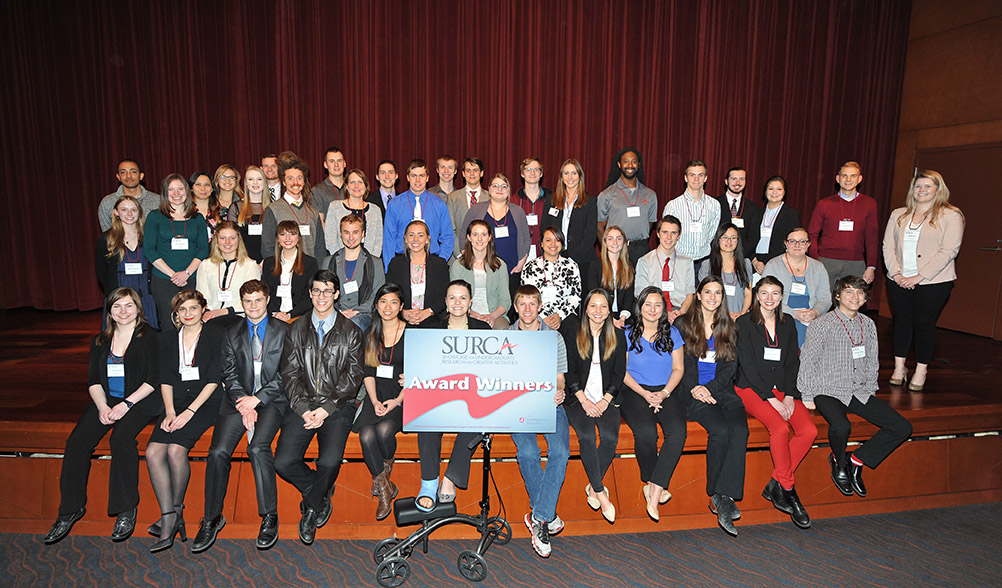 Mary Sanchez Lanier, assistant vice provost, described SURCA as the only WSU-wide venue to offer all undergraduates in all majors from all campuses the opportunity to share their mentored research and results.

“Every SURCA student participant learned something new through their research as well as contributed knowledge to their field,” said Mary F. Wack, vice provost for undergraduate education. “They also demonstrated considerable effort and had the confidence to deliver a high-quality SURCA presentation to their peers and the public.

“We are inspired by each and every one of those students, and proud that SURCA goes a great distance every year to advance research and help WSU deliver transformational educational experiences to undergraduates in every way.”

“Thanks to support from generous supporters, the total amount presented to the award recipients at SURCA 2017 came to $11,300,” said Shelley Pressley, director of the Office of Undergraduate Research, event host and a unit of WSU Undergraduate Education.

Sponsors for the sixth annual event include: Alturas Analytics, Inc., The Boeing Co., Meter Group (of which the former Decagon Devices is now part), Richland alumnus Robert H. (’77 Engineering and Honors) and Mary L. Rieck, the Washington State Opportunity Scholarship program, and the WSU Office of the Provost and Executive Vice President.

The awards spanned all eight categories of SURCA, which are designed to encompass the type of research, scholarship, and creative activities—collectively referred to as research—that might be conducted in every major in all disciplines at WSU. The number of awards possible in each category is determined by the number of presenters in that category that year.

By SURCA category in alphabetical order, the 2017 awardees, mentors, and winning research topics are:

Visit https://SURCA.wsu.edu website to read the full abstracts describing the research of all presenters in the eight categories.