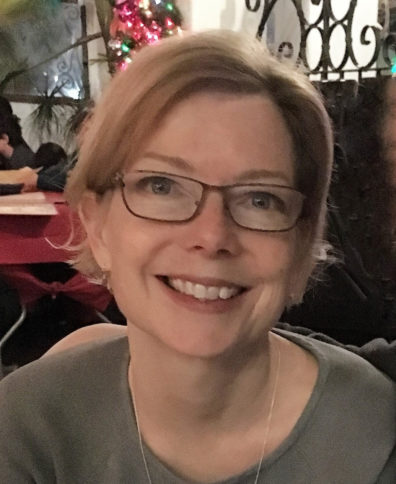 Dr. Robin Bond of the Honors College, together with Dr. Trevor Bond of the Washington State University Libraries, traveled recently to Reading, England to present at the Annual International Conference on Virginia Woolf: ‘Virginia Woolf and the World of Books’. Their papers were part of a panel exploring the Personal Library of Leonard and Virginia Woolf, which belongs to the Manuscripts, Archives, and Special Collections of the WSU Libraries in Pullman, Washington.

Trevor Bond presented a history of the collection and how it was acquired in 1971 by WSU along with an overview of the contents, which include books that were owned and read by the Woolf’s and books that they edited and published through their Hogarth Press. Robin Bond presented an analysis of the annotations that Virginia Stephen (before she was married) made in her student volume of Sophocles’ plays in Greek. In her essays and letters, Virginia Woolf described herself as self-taught and not formally educated. Recent research has begun to counter that portrait, since, as a teenager, Virginia Stephen attended the Ladies Department of Kings College, London. The notes that she made in her Greek text of Sophocles’ Antigone, including the dates that she was first studying and translating the play in the spring term and also extensive and detailed notes about Greek vocabulary and syntax, provide direct evidence for her formal education in the study of ancient Greek. The Bonds were joined on the panel by Dr. Jane deGay of Leeds Trinity University, UK, who discussed the layered significance of the various bibles that Leonard and Virginia Woolf acquired over the years. The 2017 conference marked the centenary of the founding of the Hogarth Press.