Alyssa Norris appointed to Board of Regents 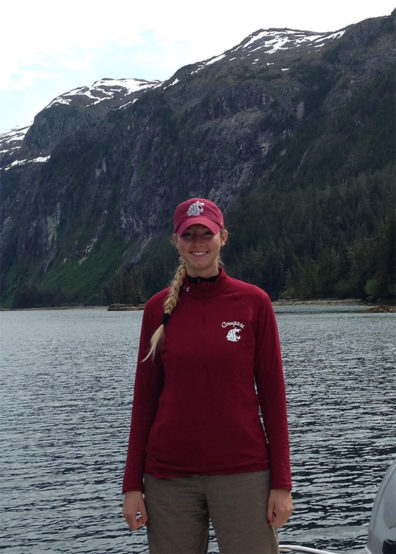 Alyssa Norris was appointed to the Board of Regents July 1, 2017, by Washington Governor Jay Inslee. A WSU senior, Norris is majoring in civil engineering and minoring in mathematics, ethics, and East Asia Studies. She is a member of the WSU Honors College.

Norris was a finalist for the prestigious national Harry S. Truman scholarship during her junior year. Last year she also was named the National Academy of Engineering Grand Challenges Scholar student representative, the Outstanding Junior of the Voiland College of Engineering and Architecture, and was awarded the WSU President’s Leadership and Engagement Award of Distinction.

Outside the classroom, Norris served as a senator for the WSU student government (ASWSU) and as president of both the Society of Women Engineers (SWE) and the Harold Frank Engineering Entrepreneurship Institute on the Pullman campus.

As student regent, Norris plans to communicate regularly with WSU students system-wide to keep them informed about important university developments. She also plans to emphasize student safety issues at all campuses.