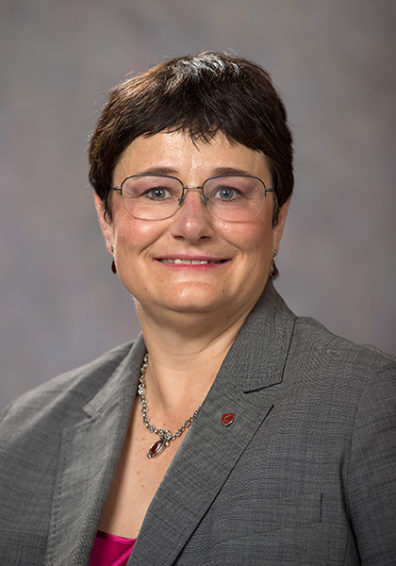 Noel Schulz received her B.S.E.E. (1988) and M.S.E.E. (1990) degrees from Virginia Polytechnic Institute and State University (Virginia Tech) in Blacksburg, Virginia, USA. She received her Ph.D. in EE (1995) from the University of Minnesota in Minneapolis, Minnesota, USA. Before moving to Washington State in the summer of 2016, Noel spent seven years on Kansas State University faculty in 2009 in the Department of Electrical and Computer Engineering. From August, 2012 through May, 2016, she served as the Associate Dean for Engineering Research and Graduate Programs. Noel has been active for over 24 years in teaching, research, and service at six U.S. universities. She teaches electrical engineering and power engineering topics. In research and graduate studies, she has graduated 45 MS and 13 PhD students; published 175 papers and 2 book chapters; and brought in over $40M in external research through individual and collaborative projects including a U.S. National Science Foundation CAREER award. Dr. Schulz is a Fellow of IEEE and the American Society of Engineering Education (ASEE).

Her research interests are in power system design, analysis and operations including rural electrification, smart grid, renewable energy, shipboard power systems, and intelligent system applications. As Associate Dean for Research and Graduate Programs at Kansas State, she advanced faculty development and research team activities and worked to cultivate the graduate student program and environment in the College of Engineering. Her other leadership interest areas are increasing the number of women and under-represented minorities in STEM as well as international engineering solutions.

In addition to her role on the faculty, she will serve as the Washington State First Lady. Noel and her husband Kirk have two grown sons, Tim and Andrew.