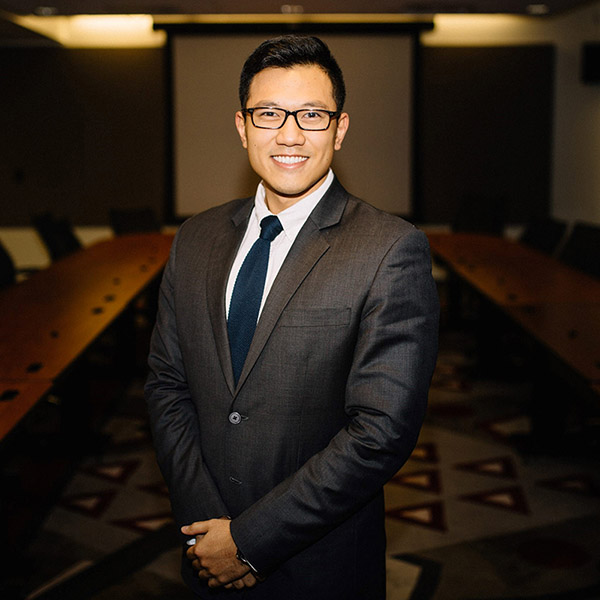 Victor is an Honors College student who grew up in the northern most point of Alaska in a small town called Barrow. After middle school, his family decided to move to Anchorage, Alaska, where Victor attended high school and made his decision to attend Washington State University to major in Mechanical Engineering. Victor’s decision to pursue an engineering degree was fueled by the strong sense of curiosity and an innate desire to problem solve that he developed while growing up in Alaska.

Early in his freshman year, Victor was curious about undergraduate research and decided to schedule an advising appointment with Dr. Grant Norton, the Dean of the Honors College. Based on Victor’s interests, Dr. Norton invited him to check out his research team. Victor attended a few team meeting and then started assisted with research involving the Boeing-sponsored fuel cell project. During his second year, Victor met with Dr. Norton and shared how his interests were evolving. Based on that, Dr. Norton introduced him to Dr. Jacob Leachman. After attending a few lab meetings, Victor began his research in the HYPER (Hydrogen Properties for Energy Research) lab. Soon after, still during his sophomore year, Victor teamed with Dr. Leachman and Eli Shoemake (another Honors student) to work at Protium Innovations LLC, a lab-generated start-up company focused on developing hydrogen technologies to support a hydrogen economy in the state of Washington. Later, Victor was named an Epicenter University Innovation Fellow, which is a program funded by the National Science Foundation and directed by Stanford University and VentureWell. For this, he participated in a six-week online training course facilitated by Stanford and visited Stanford for a week-long innovation and entrepreneurship conference.

For his excellence in academics, involvement outside of class, and ultimately his contributions to the Voiland College, Victor was named the Outstanding Junior for the Voiland College of Engineering and Architecture. Outside of research, Victor has also been involved in Aerospace Club, where he has served in different project management roles. He also serves as the Senator for the Voiland College of Engineering and Architecture through WSU’s student government, Associated Students of Washington State University (ASWSU). If you have any questions about involvement, engineering, or career advice, he really enjoys answering questions in regards to those topics and is always open to helping other students!