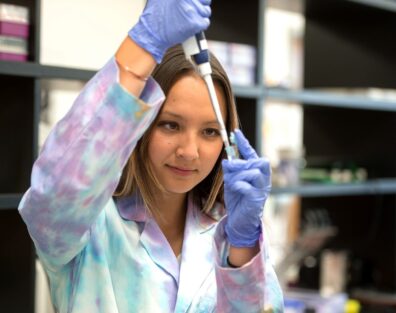 “As retired faculty from disciplines across the university, we feel it’s important to do what we can to encourage students’ research, scholarship, and creative activities,” said Brigham. “This allows us to contribute to the continued advancement of WSU, our community, and the state.
END_OF_DOCUMENT_TOKEN_TO_BE_REPLACED 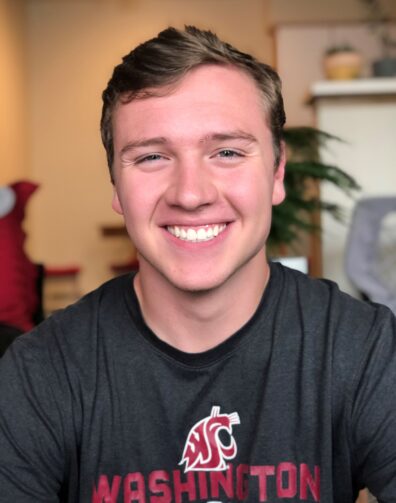 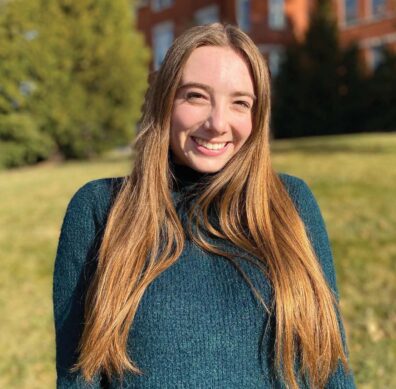 PULLMAN, Wash.—More than a quarter of Washington State University students who delivered virtual presentations won monetary awards at the annual Showcase for Undergraduate Research and Creative Activities (SURCA) on March 29 in Pullman.
END_OF_DOCUMENT_TOKEN_TO_BE_REPLACED

Who: Student: WSU Honors student interested in carrying out guided research on the impact of global learning on students. This could be related to reach of Global Learning to different student populations or on the desired outcomes of Global Learning activities. The student should know basic statistics. Supervisor: Kelly Newlon, Ph.D., Director of Global Learning ISA contact: Colton Oliphant, Regional Director of University Partnerships

END_OF_DOCUMENT_TOKEN_TO_BE_REPLACED

The spring Honors 298 Global Leadership course always taps topics such as world trade, the environment, and international teamwork, but this year the course itself is literally bringing the world to Pullman—and Pullman to the world, with the doors flung wide open for innovative teaching and learning.
END_OF_DOCUMENT_TOKEN_TO_BE_REPLACED 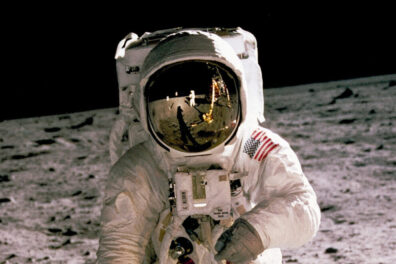 This year, he and a team of WSU students received an approximately $130,000 grant, one of seven awarded nationwide through NASA’s Breakthrough, Innovative and Game-changing (BIG) Idea Challenge for a project to wash lunar dust out of spacesuits.

For Wells and his fellow students, getting from cleaning protocols in the lab to lunar space suits is a story of creativity, hard work, and more than a bit of serendipity.

“Ian had the right interest and was ready to go with the right project to make it happen,” said Leachman.

Cleaning up lunar dust might sound like a minor issue compared to the many other technical issues that astronauts have to deal with. But, as anyone in the Pacific Northwest who lived through the explosion of Mount St. Helens knows, lunar dust, which is similar to volcanic ash, gets everywhere. It is abrasive and damages engines and electronics. It can cause health problems, described as ‘lunar hay fever,’ when people inhale it. Scientists have not found a good way to easily clean off items that get dusty in space.

For the WSU team, the journey to NASA started last year at Wells’ job interview in the HYPER lab. At the interview, Wells mentioned that he liked photography, and Leachman asked if he knew about Schlieren photography, a process that is used to photograph fluids or gasses at varying densities. He didn’t.

Last summer, bored during the pandemic and stuck at home in Boise, Wells decided to make a Schlieren camera. The camera he built worked well enough that Leachman asked him to try it out in the HYPER lab, taking images of liquid nitrogen picking up dust.

Leachman is not the first to notice that dropping a little liquid nitrogen on the lab floor makes for quick clean up due to a phenomenon called the Leidenfrost Effect. As is the case when one pours water on a hot frying pan, pouring liquid nitrogen onto a hot floor makes droplets skitter across the room, carrying dust particles and floating on boiling vapor.

With camera in hand and while taking pictures of dust cleaning, the researchers learned of the NASA challenge.

“It was a perfect opportunity,” said Wells, who has long dreamed of working for NASA. “We pivoted away from taking pictures of liquid nitrogen to harnessing the effect to clean up dust.”

To test whether the liquid nitrogen could work to clean up space suits, the researchers needed lunar dust, which is understandably difficult to get.

Once again, luck was on their side. Mt. St. Helens volcanic ash has been shown to be similar in composition and particle shape to moon dust. It so happens that some WSU researchers 40 years ago collected barrels of pure ash off rooftops when the mountain blew. A recent news story on their long-ago efforts led the students to the ash they needed — sitting in a barn 12 miles from Pullman.

With the ash, they were able to test their idea and prove their concept, showing that the liquid nitrogen easily washes off fabrics covered in the dusty material. “Their concept is really original,” said Leachman. “There is no literature about it being effective for dust removal and there was not anything alluding to it in the request for proposals.”

The students are now funded to further develop and test their technology in a simulated lunar environment and will present their results to a NASA panel in November.

In addition to Wells, team members on the project include Camden Butikofer, Nathaniel Swets, and Lauren Reising, mechanical engineering undergraduates; John Bussey, an undergraduate in materials science and chemical engineering; and graduate students Stasia Kulsa and Gregory Wallace. In addition to Leachman, the team is advised by Professors John McCloy and Konstantin Matveev in the School of Mechanical and Materials Engineering.

“I’m very grateful for our wonderful team who put in a lot of effort to make this happen,” said Wells. “And, I’m thankful to the HYPER lab and WSU’s engineering program. Without all their support, this project definitely wouldn’t happen.” 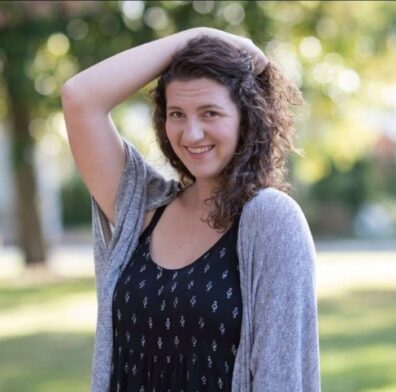 Last month, the Honors College at Washington State University celebrated the academic achievements of the fall graduating class at its virtual commencement ceremony. Among the students honored was Jordyn Brounstein, who in addition to her degree, had another achievement to celebrate: She is the first student to complete the requirements of Honors’ MESI Certificate.

MESI, or Mindfulness-Based Emotional and Social Intelligence, is a certificate offered by Honors that focuses on the value of engagement and provides students with the tools to address overall wellbeing through self-awareness, self-management, empathy, and compassion. Established in 2018 by a gift from Jon and Gretchen Jones, the MESI Certificate is an approved university certificate that requires students to fulfill 15-credited MESI courses in the humanities and social and natural sciences, attend workshops, and engage in local and/or global service-learning activities.

Both trained in Mindfulness-Based Stress Reduction (MBSR) from the University of Massachusetts Center for Mindfulness, Robin Bond, assistant dean, and Lydia Gerber, director of MESI, established collaborative partnerships with academic and central units across campus including the Department of Human Development and WSU’s Center for Civic Engagement. Through these relationships, Honors will broaden the menu of diverse MESI offerings to enrich students’ personal and professional growth while at the same time making MESI a well-recognized name across the WSU system.

“There has been a lot of enthusiasm from many areas of the university for promoting the core ideas and benefits of MESI,” said Bond. “As a result, we are discovering new opportunities for collaboration between the Honors College and other units.”

Brounstein, who received her degree with majors in Psychology and Human Development, will apply her skills and MESI training to her career as a clinical assistant at a residential treatment facility for teens in her home state of California. Brounstein shared that MESI not only helped her in the interview process but contributed to a higher starting salary.

“MESI courses have taught me how to better take care of my mental health and inspired me to pursue the career path that I hope to build for myself,” she says.

The MESI Certificate in Honors teaches the academic principles of self-care which was not only important to Brounstein personally who, as an Honors student, “was always on the go and trying to achieve more,” but will help in her role working with young people in treatment.

“Self-care is a really important part of MESI. It has given me the space to work on myself through mindfulness training, journaling, and creating boundaries. I introduced MESI to my friends and now they are benefitting from it as well.”

“Jordyn’s enthusiasm for MESI has been infectious,” said Gerber. “As our first graduate, she literally embodies the qualities emphasized in our certificate.”

Brounstein sees the value of MESI for students of all majors.

“The MESI framework not only helps students care for themselves and others, but through training in emotional competence, also improves their relationships at work.” The MESI Certificate gives students a unique toolbox to seek a growth mindset in how we approach our daily lives – ultimately impacting a much wider community.

END_OF_DOCUMENT_TOKEN_TO_BE_REPLACED 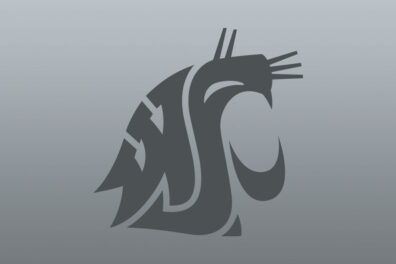 Participants at Washington State University’s recent Diversity, Equity, and Inclusion Summit told stories about how the COVID-19 pandemic laid bare existing and historical inequities in their communities. They also shared messages of hope and programs that are making a difference.
END_OF_DOCUMENT_TOKEN_TO_BE_REPLACED